Behind the DCL acronym lies a group that has supported the development of the Internet in Luxembourg practically from the very beginning. The DCL Group, which now employs some 200 people and generates a turnover of over 35 million euros, has successfully diversified its operations over the years to become a major international player in the Internet and e-commerce sectors. 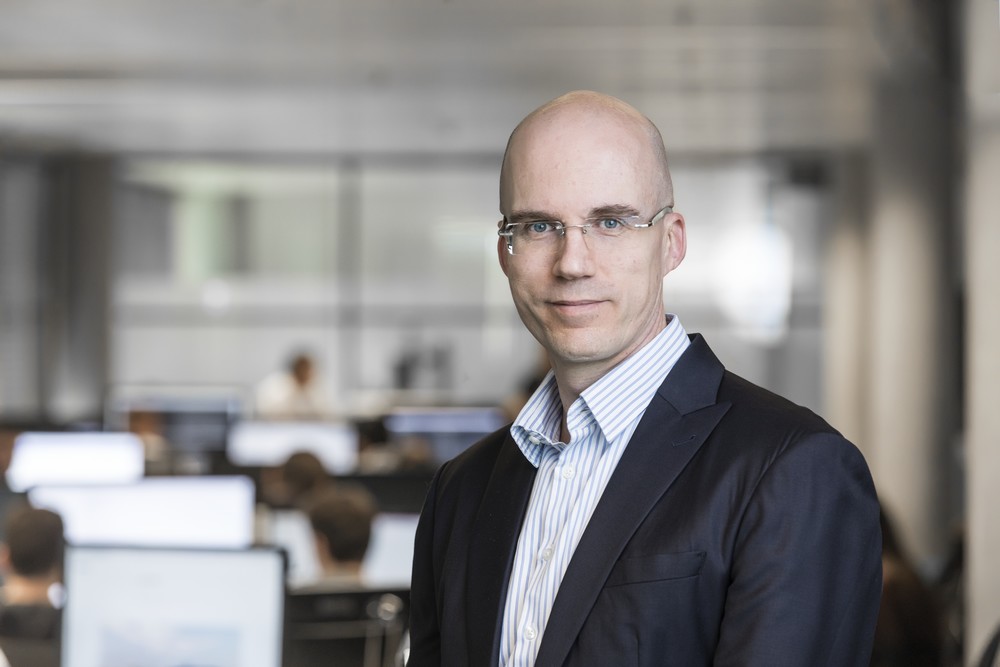 When Datacenter Luxembourg was founded in the summer of 2000, the Internet was still very much in its infancy.

The national ‘digital’ strategy was a long way off becoming a reality, but this didn’t prevent Xavier Buck (photo) and Marco Houwen, both of whom were employed by ICT companies and driven by pioneering spirit, from joining forces to create an Internet service provider geared towards e-commerce.

The tax legislation in force at the time was highly favourable to the development of this type of activity out of Luxembourg, and the country was also witnessing the development of decent technical infrastructures that facilitated connections and international exchange.

This helped support the growth in Datacenter’s operations, not to mention fuelling the entrepreneurial hunger of its two main founders. This being the case, Xavier Buck and Marco Houwen created EuroDNS, a company that played an active role in the Internet domain name reservation and management sector, in 2002.

The company very soon became known for being the first in the world to automate and simplify all of the processes involved in reserving a domain name as much as possible, quickly becoming a European leader and going on to reproduce its model in Asia (via AsiaDNS) and Latin America (via LatDNS).

VoipGATE – a company specialising in voice over IP solutions – was launched in 2004 and eBrandServices and DomainInvest consequently created to complement the range of services offered. The former (which very quickly set up local branches in Munich, Malmo, Copenhagen, Amsterdam, Paris and even Madrid) dealt with ‘economical’ online company brand management and securing their development, whilst the latter dealt with the acquisition of existing domain names, which were already generating income and demonstrating a great deal of potential, with a view to developing them further and achieving substantial capital gains.

Investment fund BIP Investment Partners’ equity investment in EuroDNS in 2008 gave it a further boost, at the same time that Xavier Buck was awarded the Creative Young Entrepreneur award by the Young Economic Chamber.

By this time, the various companies had been grouped together under the DCL Group for the past two years and EuroDNS was employing some forty or so employees to manage around 500,000 domain names. This number has since exceeded the million mark and the company now directly employs over 120 people, providing access to over 800 extensions and playing an active role in both the primary market and the secondary market with regards to the sale and auctioning of extensions via Domain Invest, which was founded in late 2007.

A new ‘major’ equity investment was made in 2009, this time in domaintools.com – a global player in the cybersecurity sector and one that notably managed all of the historical data regarding generic domains.

A year later, the creation of Luxcloud provided a major building block for the development of DCL – a service platform designed notably to attract SMEs to Luxembourg by offering them flexible, high-performance infrastructures and IT solutions.

OpenRegistry – a company dealing in the management and promotion of extended domain names covering all types of service, such as security and intellectual property issues – and the CHIP (Clearing House for Intellectual Property) were also created at more or less the same time. They would be bought out in 2015 (along with a third entity – Nexperteam – based in Belgium) by English group NCC, which was listed on the London Stock Exchange at a value of some 19.5 million euros.

“We were comparing this period to the gold rush and told ourselves that rather than running for the gold, which we also did in the beginning, we were going to sell spades instead. Because we soon realised that it would be those selling the spades that would be the real winners”, Xavier Buck explained on the occasion of the group’s 10th anniversary in 2010.

Always on the lookout for the next big thing, DCL has been continuously involved in various strategic acquisitions and partnerships over the years, notably with hosting and encrypted data sharing service MEGA, created by German-Finnish businessman Kim Schmitz (Kim Dotcom). With a number of acquisitions in Oceania and Spain in the pipeline for 2018, the story is certainly far from over yet!