Sergey Sukhovey, one of Artec’s 3D founders spoke to Luxinnovation in the company’s current beautiful offices in Dommeldange, Luxembourg set high up on a hill with 360 degrees of greenery as their backdrop. 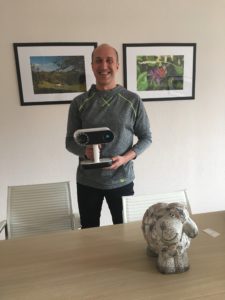 Artec 3D’s brand new wireless scanner is simple to use and incredibly intelligent.  During the interview and tour we were given a demonstration using a ceramic sheep as the model. You turn the 3D scan function on and you just walk around the object you are scanning. The device autonomously collects and processes all the data on-board, without connecting to a computer. Prompted by the simple colour scheme on the screen, all you need to do is make sure to keep the right distance from the object – red is too close, blue is too far away, and green is just perfect. And this is all you need to remember for making a high quality 3D replica of your object. This latest version of their product is so simple to use that Sergey, who used to have to travel the world to give demonstrations at fairs and trade events, no longer needs to as anyone can use it on their own.

How it all began

The Artec 3D team has been working together since 1999 and the current company is their second project. Their first was A4Vision  a successful 3D face recognition technology company that they eventually sold in 2007 to a public company and which in turn was acquired by Bioscrypt in 2006.

Originally from Russia, all of the founders knew each other in university and in fact they were one of the first teams in Russia that received international venture capital funding. They then set up offices in Switzerland, Silicon Valley and Russia.

Q – Sergey, what was your motivation for taking the risk to develop a start-up?

“The core Artec 3D team all graduated from the same university in the late 1990s. This was just after the 1998 Russian financial crash. We knew we had to do something extraordinary to create a successful business because the economic climate was so uncertain. But saying that, I want to make it clear that it was not only about money. I had a job at the time (albeit it was not the job of my dreams, it was a trucking company administration job. But still, I had work and money). It had more to do with the fact that we were engineers and we wanted to apply our knowledge. When I was invited into the first scanner project by these friends I instantly saw the potential. I knew right from the beginning that we were on to something big.”

Q – So once you all sold your first company, why immediately start all over again with another?

“In only a few years into our first company we really saw that we were a frontier company in the world of scanners. Our previous scanners really could only scan faces, but we wanted to go further and that is why we needed to restart from scratch with a new company and product.

We decided that we wanted to do something else but our expertise was scanners so that was the natural progression. We especially wanted to produce something with more applications. We wanted to revolutionise the 3D scanning world.

At that time 3D scanners were only being used by engineers and the lowest price would be about 45,000 US dollars. So our mission was also to create a scanner that not just technical specialists could use, but also professionals such as doctors or designers. One that would be as easy to use as a video camera. So we did! If you look on our website you can see some great case studies but one of our favourites is when we 3D scanned President Obama for the first 3D printed US presidential portrait.

The second thing that we wanted for our scanner is for it to be affordable for SMEs, more low cost. That is something that we are continuously working at and in which we are succeeding as well.

Scanners have amazing applications far beyond 3D printing and that is what we wanted to achieve.  They can be used by palaeontologists, museums, and architects and, doctors for making customised prosthetics or orthopaedic braces. From prototyping and quality control in the aerospace and automotive industry, to special effects in blockbuster films and furniture design.”

Q – How did you end up in Luxembourg?

“We first came to Luxembourg looking for investment from Mangrove Capital Partners in Luxembourg. This was in the summer of 2008 so you can imagine the economic climate at the time. Originally they were interested but when the crisis hit there was greater uncertainty and it was harder to get investment. Then the market crashed and investment dried up. This is the point at which start-ups need to keep faith.

So we had our mission and our first product and what we did was we took our own money and put it into our company. We did not want to get capital in Russia because ownership demands can be 50%. I loved the product and I really began to see that it was good. My partners were a little more sceptical in the early days but I said to them, “Well, let me try and sell it.” And in six months we became cash positive.

Very early on we saw that we had at least 50% of our sales in Europe (outside of Russia). So our next thought was to move out of Russia. We had two considerations, Switzerland and Luxembourg.  We consider both to really make up the Silicon Valley of Europe. Then we met the Ambassador of Luxembourg to Russia, and he really convinced us to move to Luxembourg, extolling all of the advantages and we are very happy that we did. Our product is made right here in Luxembourg.”

Q – What advantages does Luxembourg offer?

“For one thing, it is easy to do business out of Luxembourg. In general, in terms of commercial relationships, while some European countries don’t like to do business with each other, most nationalities have no issue with Luxembourg. It is just so very international here, making it easy to communicate with people.

Several years ago we decided to move our core and key employees to Luxembourg to gather our top people in one location.

Of course, there are a number of economic benefits offered in Luxembourg, but we have not taken advantage of many of them. We boot strapped the company ourselves. We have been so concentrated on the development of our products and selling that we have not had time to look into all the advantages and programmes such as Luxinnovation’s.  As we believe that a young company should focus on its prototypes and products we are convinced this was the right way for us to do things.

We started to have success selling our product all around the globe and we now have a very wide network of distributors.

If you asked me why a company would come to Luxembourg and if that company had an idea in advance that it is expensive I would say to them if you do the longer term calculations it is not. You need to be looking into the future 5-10 years and that is how you will see the real cost.

On a personal level, I really believe we made the right choice. I love living here. I love the great outdoors and I can walk or cycle every day.”

Q – Is there any advice that you would like to give to other budding entrepreneurs or start-ups?

“I would tell them that If you want to achieve something than you need to take a risk. I quit my job which of course meant giving up the stability of a regular income. Also, in my opinion, it is better for start-ups to concentrate on developing their products because the most important thing is to create something unique for which there will be a market.” 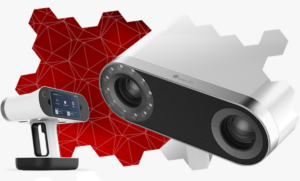 A brand for an innovative ecosystem

To cement its position as an attractive location for start-ups, Luxembourg relies on easy access to support, major international players and public authorities and administrations. At the same time, the country is a clear gateway to the European market.
Read more

A multitude of challenges

Funding is often seen as the key to unlock a start-up’s ability to expand but it takes more than that. Fit 4 Start, Luxembourg’s acceleration programme managed by Luxinnovation, offers high-quality coaching to put start-ups with high potential on the road to success.
Read more

It is through the Fit 4 Start program that Aiva Technologies, which develops algorithms based on artificial intelligence to compose music, has embarked on an accelerated innovation process.
Read more

During the Luxembourg economic mission to the United Arab Emirates (UAE), a cooperation agreement was signed in Dubai between Luxinnovation and the Dubai Future Foundation. It makes it possible for Luxembourg technology-based start-ups and companies to get access to development and financing programmes in Dubai.
Read more

Artificial intelligence for the benefit of all

In May 2019, the Luxembourg government presented its strategic vision for artificial intelligence. The main priority of the Prime Minister and Minister for Digitalisation is to ensure that this extremely powerful technology will bring advantages to everyone.
Read more