From armies of robots to life on Mars, cybersecurity, the dangers to earth from asteroids, 3.33 minute pitches by start-ups, computers that teach you how to play guitar, blockchain and bitcoin forums, ICT Spring 2017 had it all (and more). Luxinnovation was right at the centre of it.

Farvest’s eighth annual ICT Spring technology conference had more than 5,200 registered participants from 72 countries  and a phenomenal list of 100+ international speakers including such names as Gary L. Martin, Director of Partnerships at NASA Ames, Julie Demarigny, Vice President International of Warner Bros and Clive Cookson, Science Editor at Financial Times just to demonstate the breadth. Some of the focus areas included fintech, reg tech, space, artificial intelligence and even sports. If the range of topics seems very wide, it is because ICT is the foundation of almost everything in the modern world.

As Luxembourg’s Prime Minister, Xavier Bettel, said on Day 1, “These days, talking about tech means talking about society and technology,” as everything is interconnected. He also announced the launch of the Luxembourg component of a European Commission initiative to reduce knowledge gaps in digital matters.

An absolute highlight was the Day 2 Space Forum , touching on topics from “space application to space exploration”. Space is a hot topic in Luxembourg at the moment as our country moves closer to being a leading hub in the global space race, a stated goal of Luxembourg’s Deputy Prime Minister  and Minister of the Economy, Etienne Schneider. At the event he announced that, “Luxembourg will be setting up its own space agency.”  Minister Schneider also announced Luxembourg Cyber Security Week which will position Luxembourg as a leading European location for cybersecurity start-ups and talents to be held October 16-21, 2017. Finally, he invited everyone to save the date for the New Space Europe conference on November 16 and 17 in Luxembourg in conjunction with Space Resources Luxembourg.

One of the most exciting events was the Pitch Your Start-up competition powered by Docler Holding and supported by Luxinnovation. Out of a total of 160 applications from 25 different countries, 18 ICT start-up finalists were selected based on the criteria of innovation, uniqueness, creativity and growth potential. They competed for prizes equivalent to a total amount of €100,000.

General consensus is that the quality of the participants and their pitch level was quite high. It is significant to note that the Luxinnovation start-up team reviewed and trained every single candidate team on their pitch in order to be ready for the event.

Aiva Technologies was chosen by the distinguished jury as the winner of the €50,000 first prize offered by Docler Holding. In second place, Realab, with its product Virtelio, received a place in a 3-month acceleration programme in the US given by the European American Enterprise Council. Innohub offered a space in its 3-month acceleration programme in Luxembourg as well as some coaching to the third winning start-up, Spryfit. 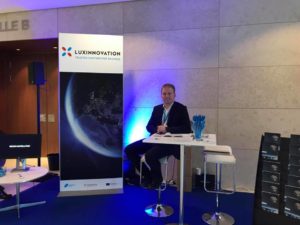 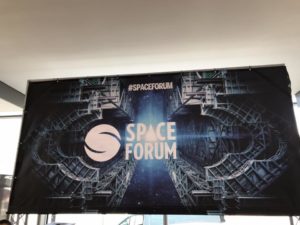 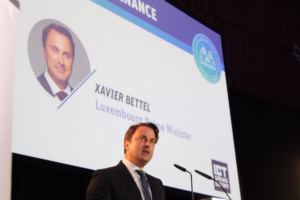 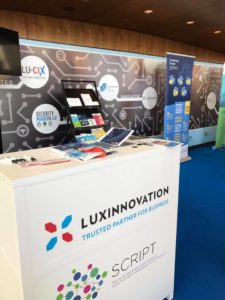 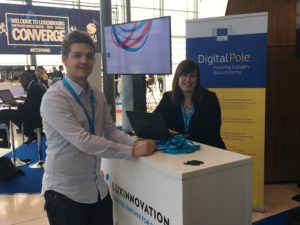 As part of the “Digital transformation journey for SMEs” initiative, Luxinnovation collaborates with FundecytPCTEX (ES) and SC IPA SA (RO). The objective is to publish a guide with tools to help other innovation agencies and organisations to drive digitalisation in companies.
Read more

Update on the event held on Friday 28th February at the Chamber of Commerce and close of call for applications on 8th May 2020.
Read more

Update on the event held on Friday 28th February at the Chamber of Commerce and close of call for applications on 8th May 2020.
Read more

Enabling the wide-scale transformation of mobility

A base for expansion

The originally German software developer SportMed is specialised in digital health assessments. After its move to Luxembourg in 2015, the company is benefitting from its new base to expand its product portfolio as well as its international network of clients and distributors.
Read more