“The new technologies of autonomous and connected driving will bring radical changes and revolutionise mobility,” said Luxembourg’s Deputy Prime Minister and Minister of the Economy Étienne Schneider, one of the high-level speakers at the Digital Cross-Border Testbed Project Day on 3 April. “It is of crucial importance that these new forms of mobility function everywhere in Europe and across borders.”

The challenges are numerous: features such as road networks, traffic signs, speed limits and rules differ between countries, and the systems for data capture and transmission are not the same. Conscious of the need for conducting tests in a cross-border environment, France, Germany and Luxembourg have set up the digital testbed that connects the south of Luxembourg with Metz in France and Merzig in Germany. It offers developers of connected and autonomous vehicles and of related mobility services the opportunity to do trials on open roads under real-life conditions. The testbed includes border crossings, tunnels and high-density traffic at peak times due to the very high number of cross-border commuters. “Today we want to show some concrete projects that are already using the testbed or will start shortly,” explained Anthony Auert, manager of the Luxembourg AutoMobility Cluster at Luxinnovation.

The digital cross-border testbed offers developers of connected and autonomous vehicles and of related services the opportunity to conduct tests on open roads in a real-life environment.

The testbed project day was organised in the Luxembourg village of Schengen, the birthplace of Europe with open borders. “We’re sending a message to the world from Luxembourg today: the EU can quickly put autonomous driving into practice,” announced Andreas Scheuer, Germany’s Federal Minister of Transport.

Technological development is happening quickly, and cars that only require human intervention in exceptional situations are expected to be available by 2030. They will be followed by cars which are 100% self-driven by 2035. “However, I’m convinced we will have the first autonomous shuttle buses and taxis much earlier,” said François Bausch, Luxembourg’s Minister for Mobility and Public Works.

Minister Bausch pointed out that Luxembourg is working on a strategy for Mobility as a Service, aiming to combine the offer of trains, buses, trams with services provided by autonomous vehicles. Already at the forefront of innovative thinking in terms of mobility, Luxembourg will be the first country in the world to offer public transport completely free of charge from March 2020. The public can also ride on autonomous shuttle buses deployed in Luxembourg City and in Contern as part of a research project.

However, implementing this new form of mobility is not only a matter of technological progress. People must also be willing to switch to such methods of transport. “We cannot underestimate the issue of acceptance,” underlined Élisabeth Borne, Minister of Transport in France. “One-third of citizens are still distrustful of these technologies.” Several of the research projects presented during the Project Day include the dimension of social acceptance in parallel with more technical topics.

Luxembourg’s participation in a number of projects on autonomous and connected driving is underpinned by its strong automotive components industry and its position as an international digital hub. The country plays a leading role in the on-going pan-European initiative on high-performance computing and is highly specialised in cybersecurity and the storage and handling of sensitive data. Smart mobility is an integrated part of the national digital strategy, and one of the three autonomous vehicles tested during the Project Day was also developed by the Interdisciplinary Centre for Security, Reliability and Trust (SnT) of the University of Luxembourg.

Luxembourg is also moving forward in the field of 5G, an essential technology for connected driving. One of the first projects to use the digital testbed, 5G-CroCo, will tackle the challenge of providing uninterrupted connectivity to automated and connected cars crossing national borders and thus switching between the mobile networks of several countries. “5G infrastructure will be set up at the testbed already in 2019 in the context of this project,” said Mr Auert.

“Luxembourg has always been able to reinvent itself and take risks to develop its economy,” Minister Schneider pointed out. “We are able to move forward and find new solutions more rapidly than bigger countries. We now intend to do everything we can to ensure that these new technologies will yield products that can be put on the market as quickly as possible and are useful for our citizens.”

Are you interested in exploring what Luxembourg has to offer as a European base for automotive companies? Read more about the automotive industry in Luxembourg and contact our sector experts for further information. 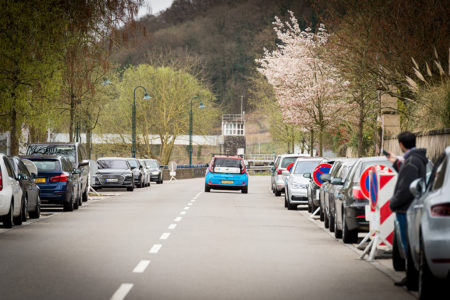 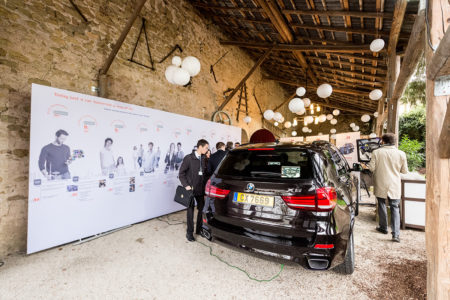 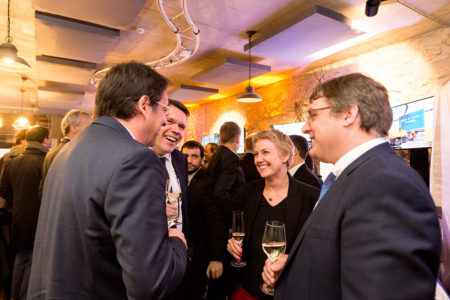 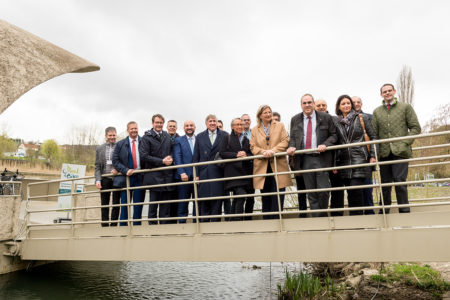 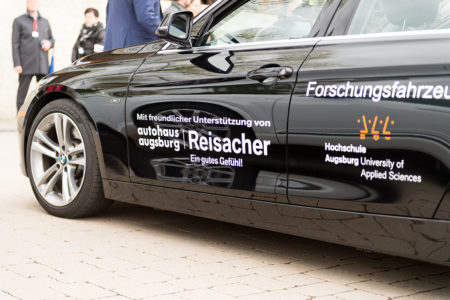 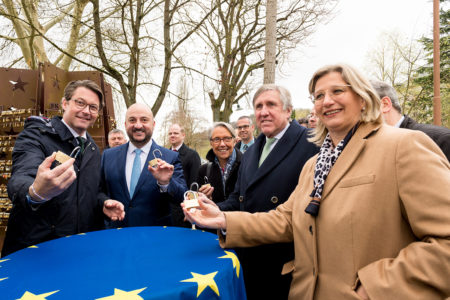 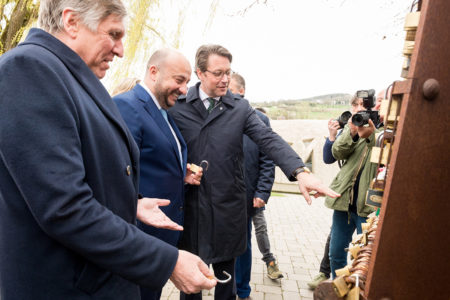 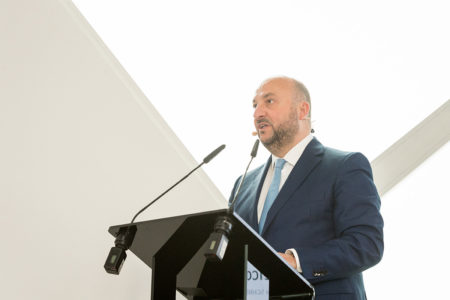 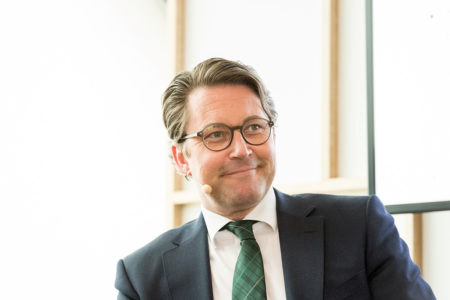 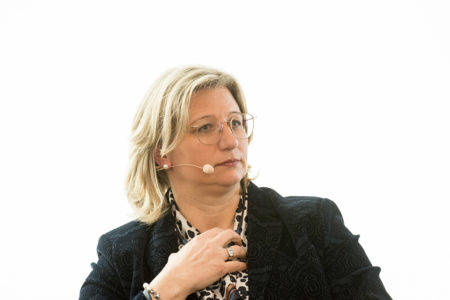 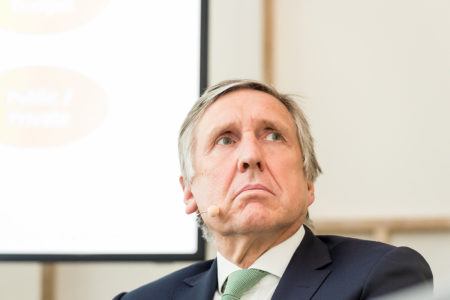 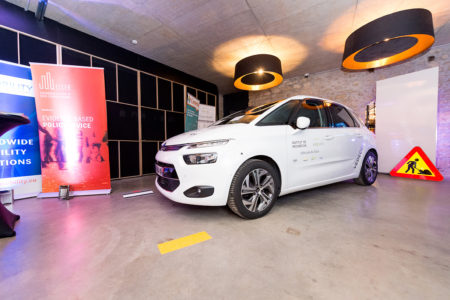 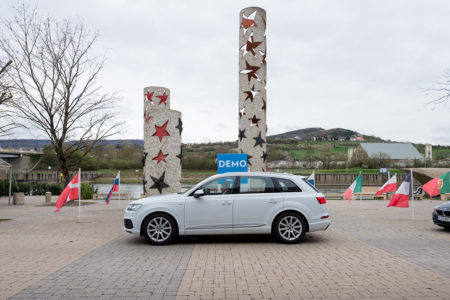 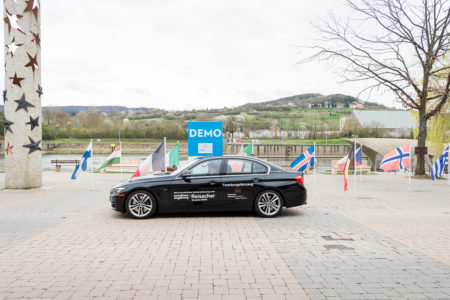 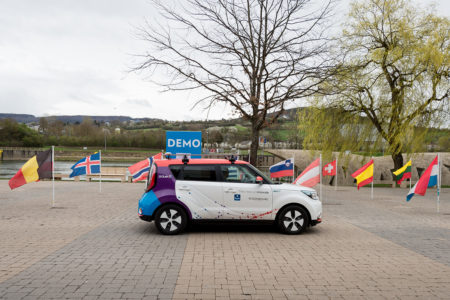 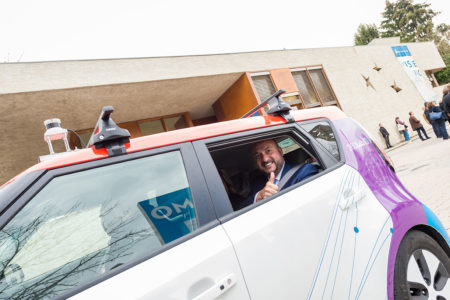 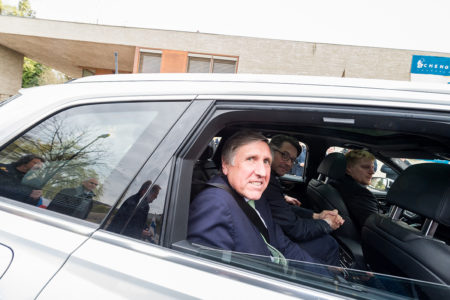 Luxinnovation CEO Sasha Baillie was one of the speakers at the 2021 GAIA-X Summit, the annual event of this European initiative aimed at building a federated, secure European data infrastructure. Luxinnovation hosts Luxembourg’s national GAIA-X hub, and Ms Baillie shared her views on how the national hubs can connect local needs across Europe.
Read more

Connected cross-border mobility: it's on!

Technology and road transport: have your say!

Automotive companies are invited to participate in a European study on the impact of technological developments on the transport market.
Read more

There are a number of technological challenges to overcome before hydrogen can be deployed on a large scale in the mobility sector. Several Luxembourg organisations are developing innovative solutions.
Read more