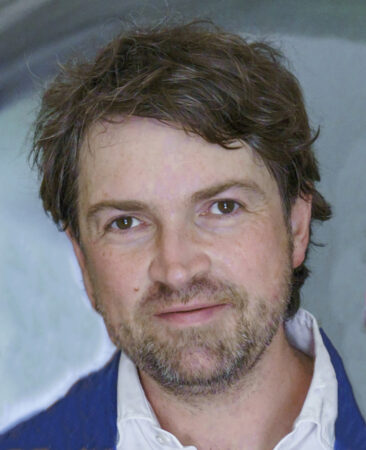 Every successful venture starts with a dream. “Our vision was to make 3D scanning as easy from a user point of view as shooting a simple home video,” says Artec 3D founder and CEO Artem Yukhin. Since launching the company in 2007, he has seen his dream come true. The company’s current pioneer handheld scanner, Leo, obtains gigabytes of information within minutes: an exact digital copy of the object, measurements with submillimetre precision and colours with photographic quality.

Leo is also the first wireless handheld 3D scanner that has a built-in touchscreen display and that does not require any connection to a computer. Simple colour coding on the screen indicates parts of the object that still need to be covered in order for the scan to be complete. This makes it easy to use for people without any previous knowledge of 3D scanning. Data is directly uploaded to the cloud and can be processed and analysed anywhere. Mr Yukhin calls the product “a completely new category of scanners”.

Artec 3D’s scanners are used by industrial companies across the world, in particular to facilitate the digitalisation of manufacturing methods called industry 4.0. “Industry 4.0 is all about customisation and producing exactly what is needed on demand,” Mr Yukhin points out. The scanners are used for reverse engineering of missing parts and products, which are scanned so that their digital image can be used as a basis for production rather than the original blueprints.

Another common application is quality inspection and the quality control of 3D-printed objects. “Unlike standard quality inspection procedures, where you are dependent on the judgement of the person who did the actual test, 3D scanning makes it possible to obtain exact data that can be analysed in detail by anyone, at any point in time.”

Our vision was to make 3D scanning as easy from a user point of view as shooting a simple home video.

The automotive industry was one of the first adopters of Artec 3D’s scanners. “The ‘parent’ of quality inspection, Toyota, was the first car manufacturer to turn to us,” remembers Mr Yukhin. “At the time, we were a self-financed start-up, and having such a client meant a lot for our development. Today, we have everyone: Tesla, Mercedes, major design studios, and so on.”

Other frequent industrial applications include airplanes, the space sector, big machinery, furniture and fashion. However, the field closest to Mr Yukhin’s heart is healthcare. The scanners are used to make fully customised prostheses by scanning patients’ body parts or remaining limbs and producing replacement devices with 3D printing. This procedure is both faster and more economical than traditional methods. “Our scanners were used to help children who lost limbs during the war in Syria, and during the first COVID-19 wave, doctors used them to scan and 3D print missing connectors for oxygen masks and other medical equipment. I find this deeply moving.”

Artec 3D was for a long time headquartered in Palo Alto, and the company is still present in California. It also has offices in Russia and China. Mr Yukhin took the decision to move the headquarters to Luxembourg after discussions with the Grand Duchy’s ambassador to Russia and an on-site visit when he also met the Minister of the Economy. “The decision to come here was much better than I actually realised at the time,” he says.

The decision to come to Luxembourg was much better than I actually realised at the time.

With resellers in 150 countries, Artec 3D has a global footprint with significant sales notably in the US, Canada and Latin America. However, this does not mean that it is not active at home. “We have run several very interesting research projects together with the Interdisciplinary Centre for Security, Reliability and Trust (SnT) of the University of Luxembourg, and national innovation agency Luxinnovation has helped us establish cooperation with industrial companies here.” 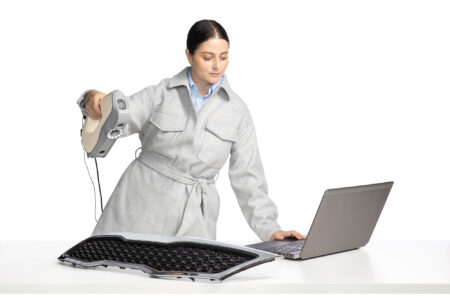 The company also produces its 3D scanners in Luxembourg. “Our electronics production line makes us quite unique in Europe, where so much of electronics manufacturing has been outsourced to Asia. Thanks to our in-house facilities, we were able to continue producing and shipping our products when supply chains across the world came to a standstill at the outbreak of the coronavirus pandemic. We have to invest massively in our inventory to keep going, but it is still so much easier to continue performing when you have your own production line.”

The Luxembourg office is in full expansion, and expects to triple the size of its current team of over 70 in the coming two years. The company recruits extensively, and also offers staff at its other locations the opportunity to relocate to Luxembourg. Many of its employees come from Russia, Belorussia and Eastern European countries, but Mr Yukhin is also proud to count a number of Luxembourg engineers as members of his team. “The Luxembourg community is very international and highly skilled, and the culture here is quite unique. It is a true multinational melting pot, where you have fusions of cultures in almost every family – and it works well. We wanted this melting pot atmosphere in our company as we have both customers and employees from everywhere. Luxembourg is a place where everybody feels at home.”

Why have a number of international industrial groups used their Luxembourg entities to spearhead their digital transformation? What added value does Luxembourg’s huge international talent pool offer to entrepreneurs and businesses? The latest edition of Crossroads Magazine provides the answers.
Read more

Luxembourg best in the world for attracting talent

Ranked 8th in the 2021 Global Talent Competitiveness Index, Luxembourg is clearly a top performer in attracting talent. The country ranks 1st in the world for its ability to attract, and 6th for its ability to retain talent.
Read more

Any organisation planning to create a team in Luxembourg will find themselves with a multicultural and diverse group of people. Fast-growing scale-up Tadaweb speaks about how this diversity contributes to their development.
Read more

Satellites communication specialist Alexandros Paschos saw an opportunity for his professional dreams to come true in Luxembourg. Meet one of the many highly skilled people who choose to work in Luxembourg.
Read more

Teams set up in Luxembourg are by definition multicultural and diverse. Amazon, one of the country’s largest employers, shares its views on the benefits brought by this diversity.
Read more