Luxembourg is globally renowned for its successful long-term economic performance. The country has the highest GDP per capita in world – thanks in part to the number of cross-border workers who contribute to its GDP without being counted as part of its population.

Due to its sound macroeconomic fundamentals, Luxembourg is AAA-rated by all credit rating agencies. It also ranks as the 7th most resilient economy in the world (2020 FM Global Resilience Index).

Luxembourg has the 2nd highest labour productivity in the world (The Conference Board Productivity Brief, 2019). Employment creation is impressive: the number of people employed in the country has increased by 70% between 2000 and 2018. The country also ranks 1st in the world for economy and job security (Expat Insider, 2019).

Luxembourg is an open society and a parliamentary democracy. The county is well known for its political stability. A constitutional monarchy, the country has only had 8 different prime ministers since 1945. This has been instrumental in supporting its ongoing long-term policy approach. 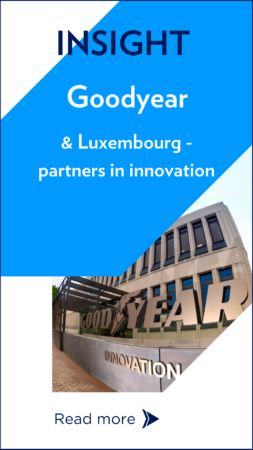 Stay in the know: Latest business news and opportunities in Luxembourg
Subscribe now
Menu
Fermer
This website uses cookies which are stored on your computer or mobile device as explained in our Privacy Policy. Some of them are strictly necessary to the functioning of the website. You can block them by setting on your browser but you may then be unable to access or use certain parts of our website. By continuing to use the site, you agree to the use by Luxinnovation of cookies to provide you with social media features and to analyse our traffic. You can withdraw your consent at any time as indicated in our Privacy Policy.ClosePrivacy policy